Cloud 9 is an online IDE hosted in the cloud and runs inside the browser. It's built on top of a Linux container and offers most of the features found in a standalone IDE. To start using it, one needs to create an account at Cloud 9 website. Once you created the account, you will be able to create workspaces as per your development needs. Given below is the screenshot of the IDE which I created for web development. 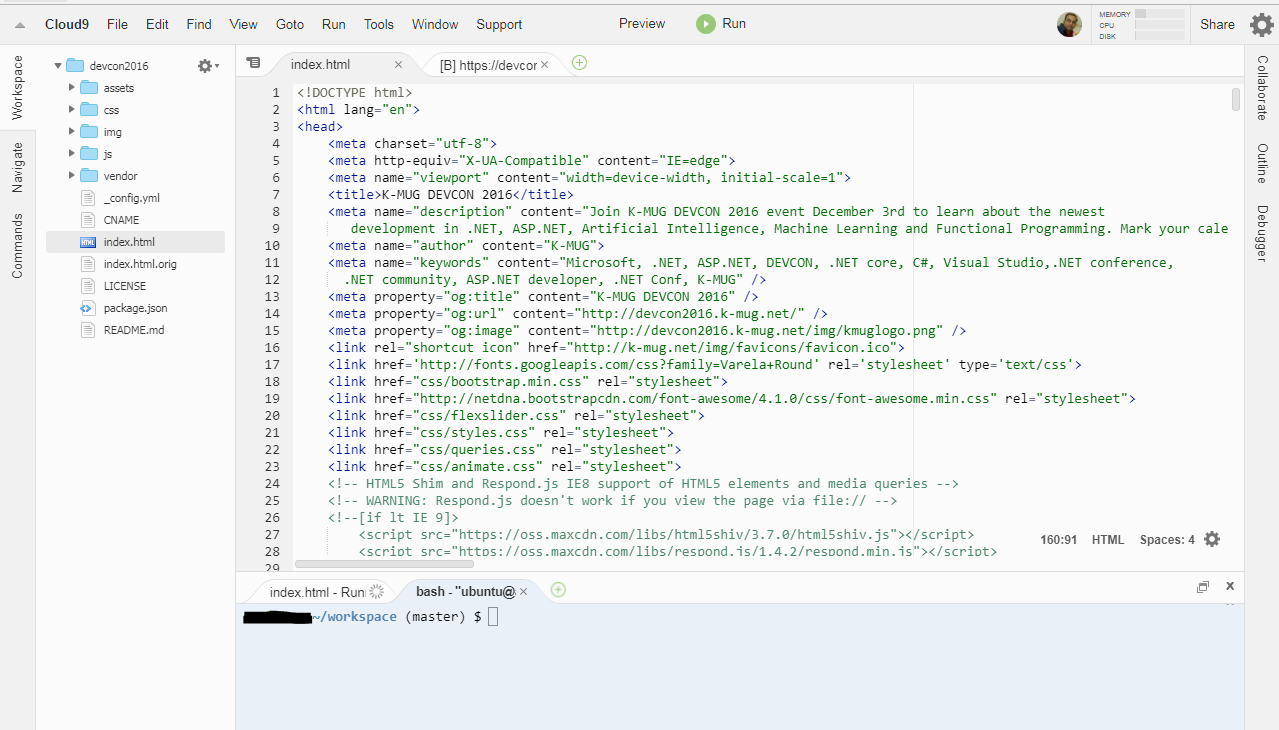 For using Cloud9 or c9 in short for all your development needs, you will need to create a workspace based on the Blank template as shown below 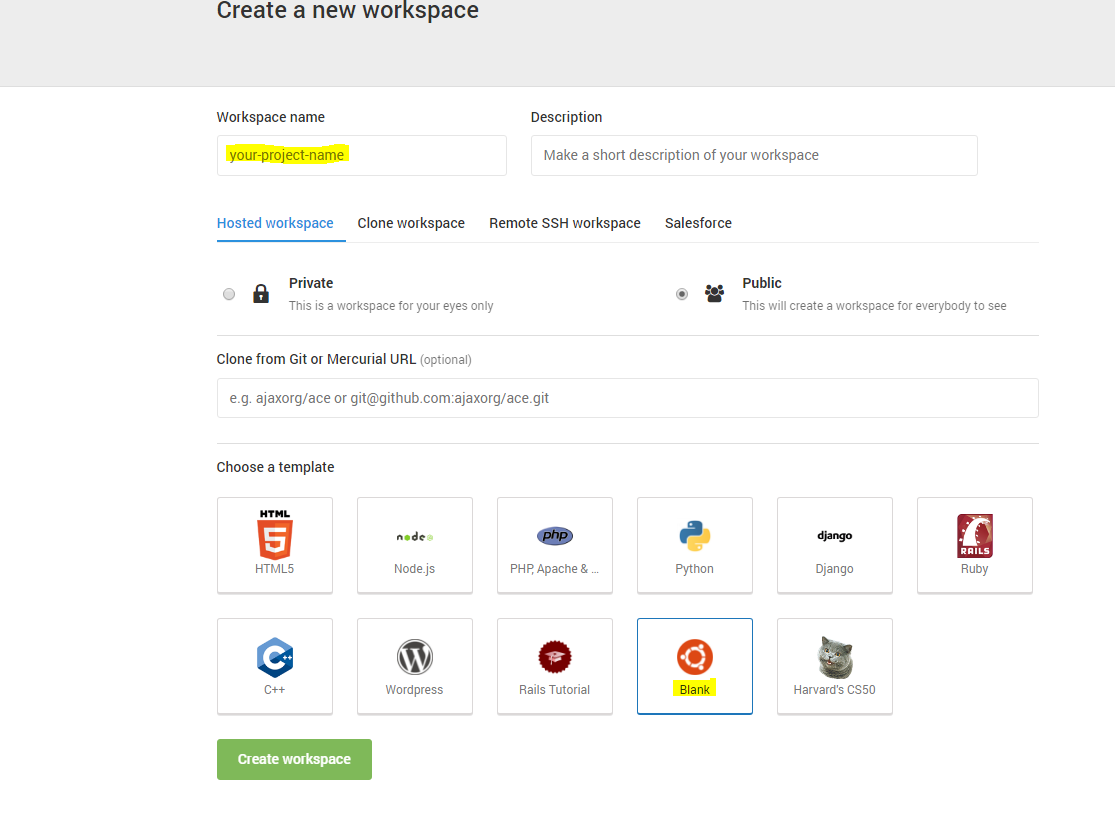 So we have now an empty Linux box and the next step is to install NodeJS into it. You can do it by executing the following command in the Terminal window

Similarly, you will need Node Package Manager() to install various packages that are needed for developing an application using NodeJS. NPM is installed along with the installation of NodeJs and we can check the version using the statement below.

The next step is to install the Angular CLI package which contains a set of tools which will help you to get started easily with Angular. The command is

Again the installed version can be found out using

So we now have all the pre-requisites needed for creating an Angular App in our box. Let use the ng new command to create a new Angular App as shown below 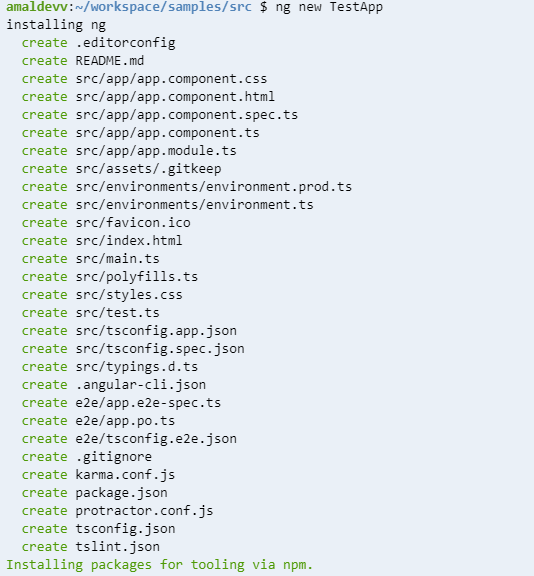 To run the application, use the following command

Now to view the application in the browser, click on the Preview link at the top. It will open a new tab as shown below 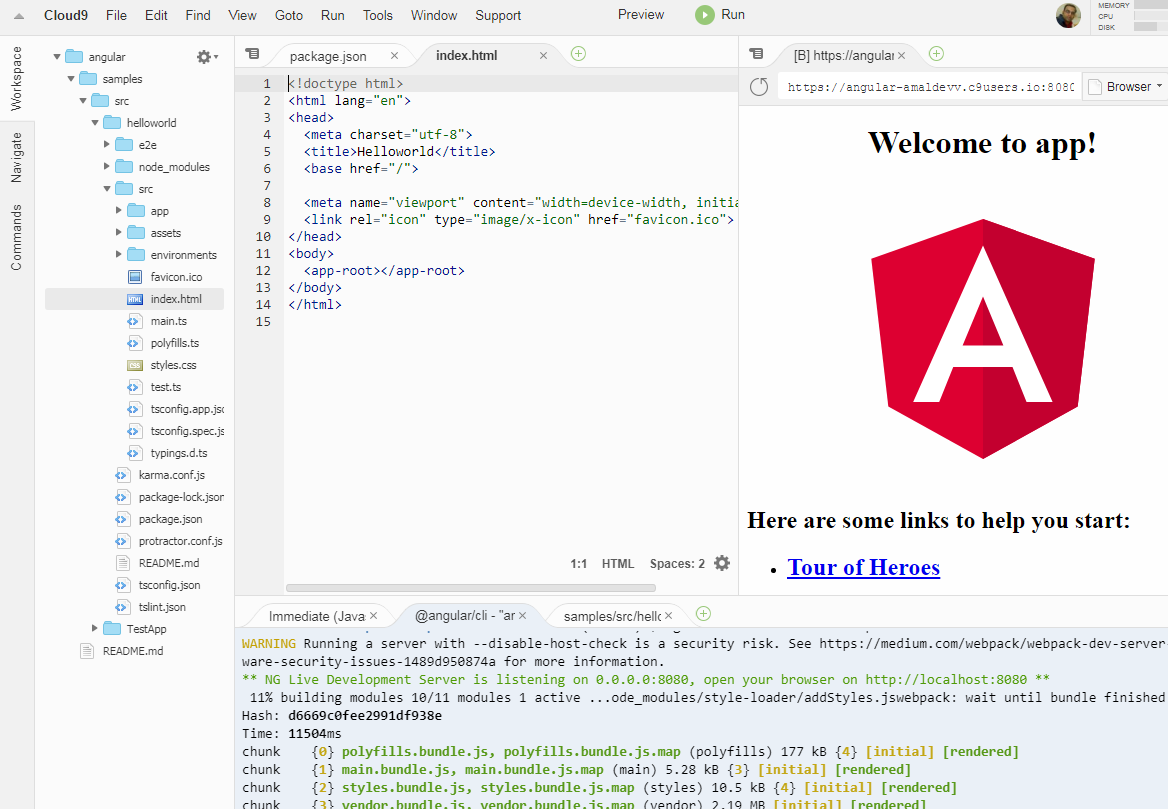