As developers, we are often faced with certain tasks that are very repetitive in nature, which can also be time consuming to solve it. For example, whenever we need to reserialize a complex JSON string to classes we may need to write a lot of code. Until recently, whenever I needed to do such task I invariably create the classes manually and if it's a complex string, I was spending way too much time on that.

When the instances like these began to happen every now and then, I decided to search for online options which can spit out classes from a JSON string. After some googling, I found out this site json2csharp.com which can do what I was looking for. You only need to paste the JSON in the input box and click on the Generate button to get the classes in C#.

So, I began to follow this approach and was recommending it to my peers also. But things did change very recently, I was following up on a question in ASP.NET forums where a user asked for the same thing which I faced. From one of the answers posted in the thread I came to know that this feature is available out of the box in Visual Studio. At first, I thought that it's a new feature, but to my surprise I found out that it was even available from 2012. Truly a hidden gem.

Please note that you may not see this by default. Copy JSON to clipboard, then check the menu to see the option. 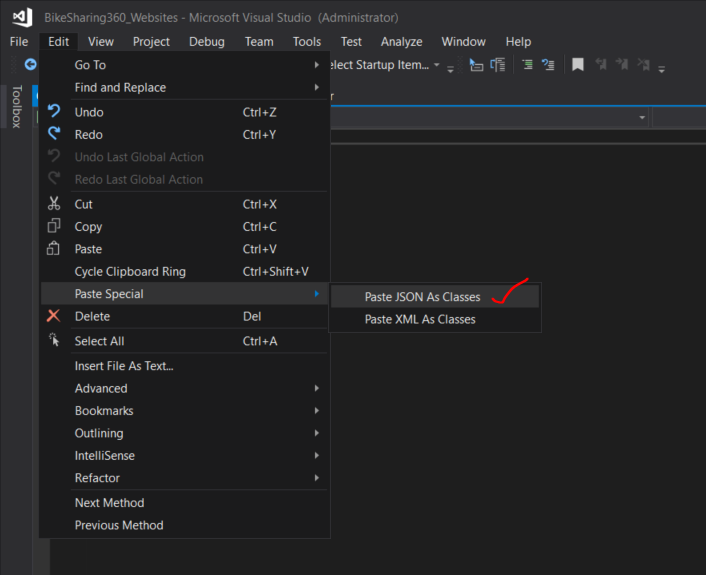